Jörg Buttgereit, born 1963 in Berlin, has been called a Trash Poet, Punk Surrealist and Underground Icon by the international press. He is the director and author of arthouse-horror-movies, TV-documentarys, stageplays and radio dramas . He also works as a film journalist and writes comic books. 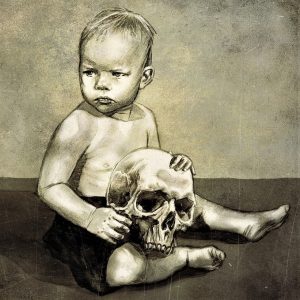 „German filmmaker Jörg Buttgereit has built a career as a provocateur, playwright and theatre director, and director of some of the most notorious and controversial films ever made. Starting from a punk ethic and steadily developing a startling visionary visual aesthetic and cinematographic technique, his films are suffused with a fascination with death. At the same time, he always pays heed to the fragility of life, and to a twisted but sincere form of romance. This artistic approach can sometime alienate regular horror fans, despite the abundance of gore and minutely detailed imagery of death and decay, but Buttgereit’s sardonic film quartet („Nekromantik“ 1 and 2, „Der Todesking“ and „Schramm“) seals his status as one of cinema’s most original, innovative and „dangerous“ filmmakers. Over the years, these films have lost none of their power to shock.“
– Offscreen Filmfest 2019